Daryl loaded the boys and I into her pickup and we went in search of a river to fish. 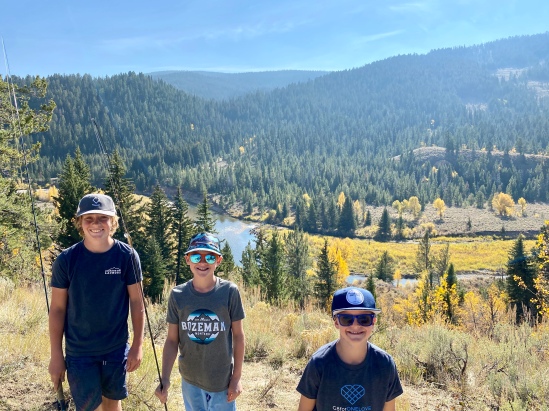 As we walked down to the river- we can upon the remains of an animal. 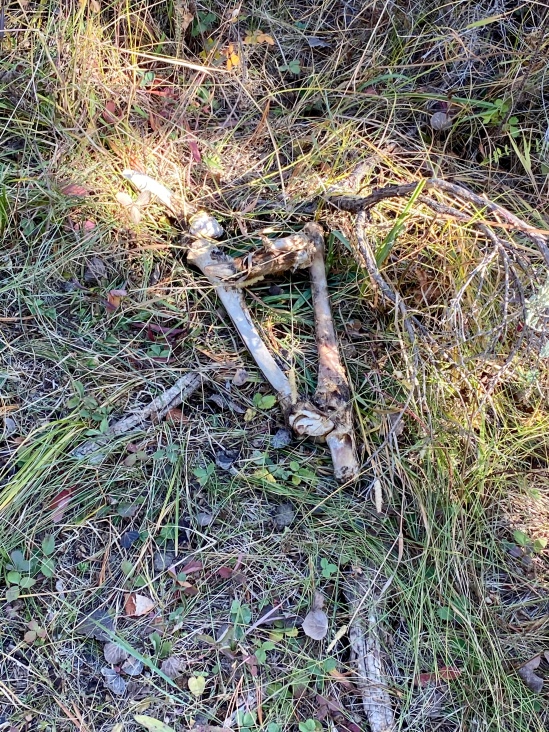 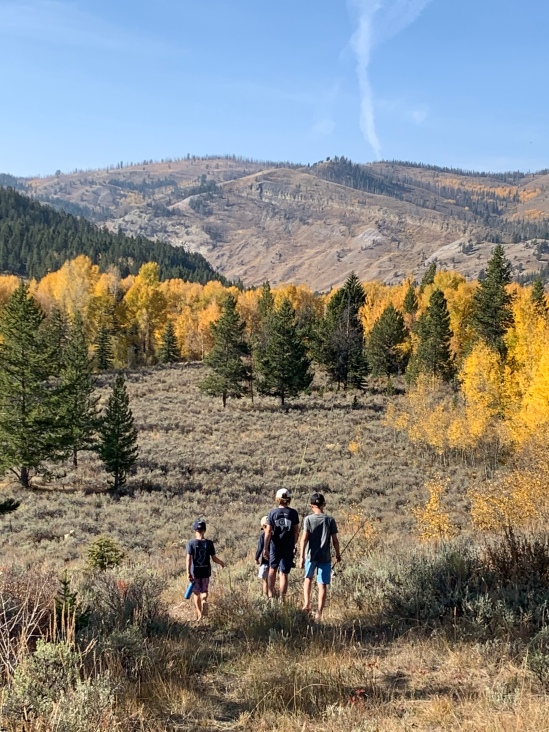 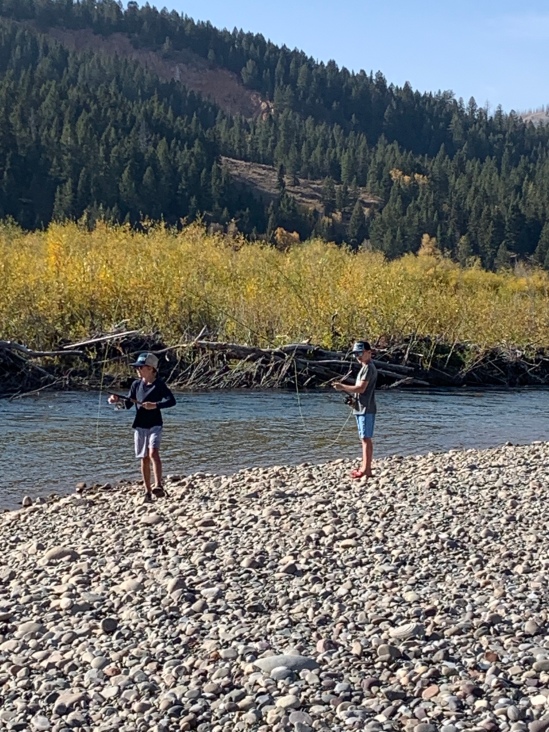 When we made it down, we had t cross part of the river. The water was so cold, you actually experienced pain in your legs. Funniest feeling. 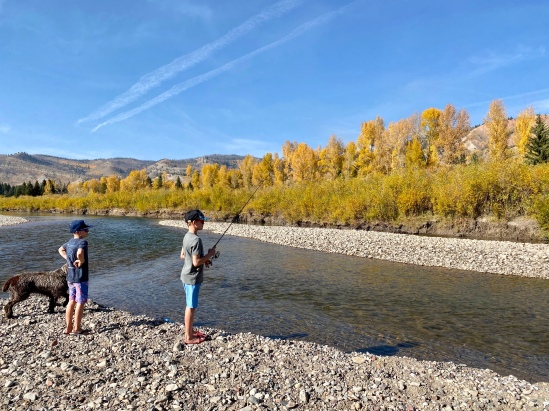 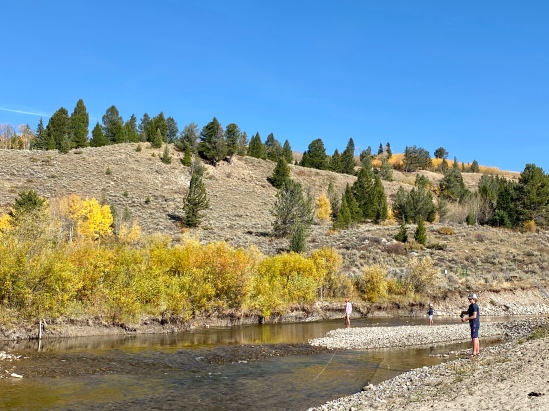 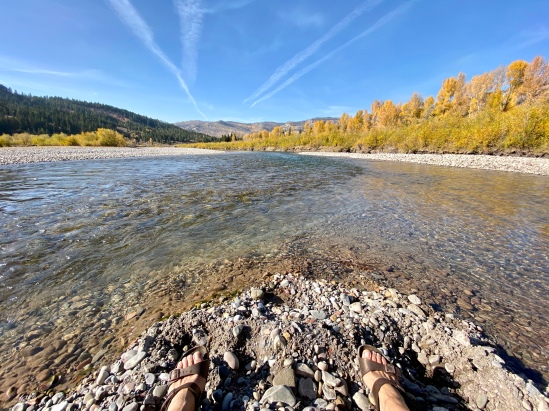 I was in heaven. Soaking up the sun while the boys and Daryl fished. Gus caught a trout and the boys practiced casting. Daryl with so much patience for them both. 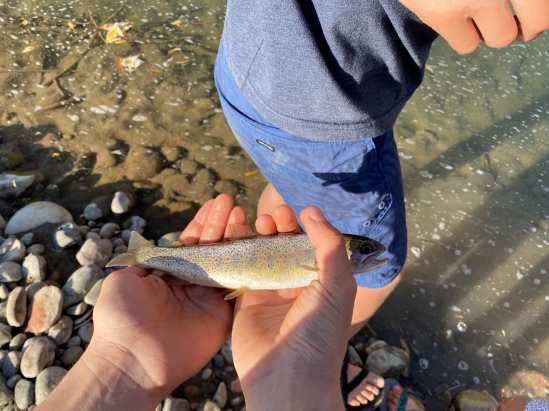 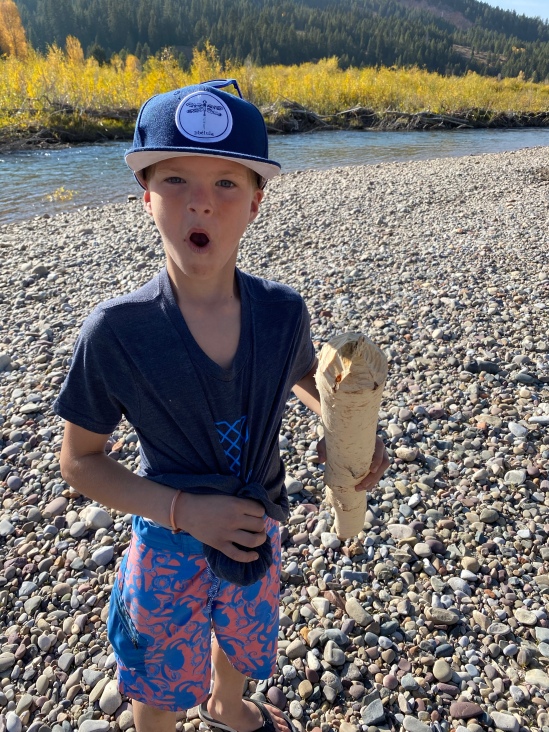 While recovering a lure caught in the bank, Daryl found this stick, every inch of it carved by a beaver. So cool. Our official trip mascot.

We didn’t want to leave but knew the girls would be wondering where we were. 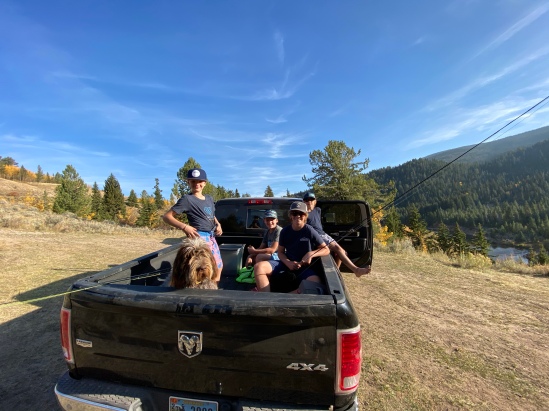 Came back to the girls painting their clay bowls and rocks. Cocktail hour on the beach. 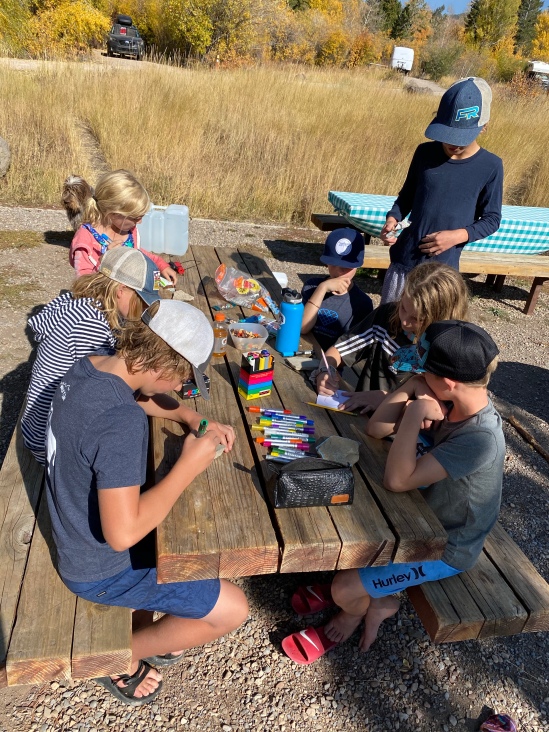 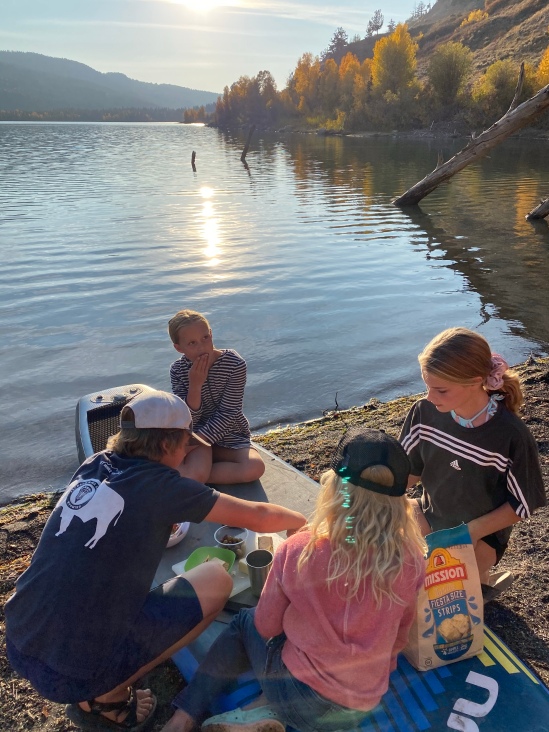 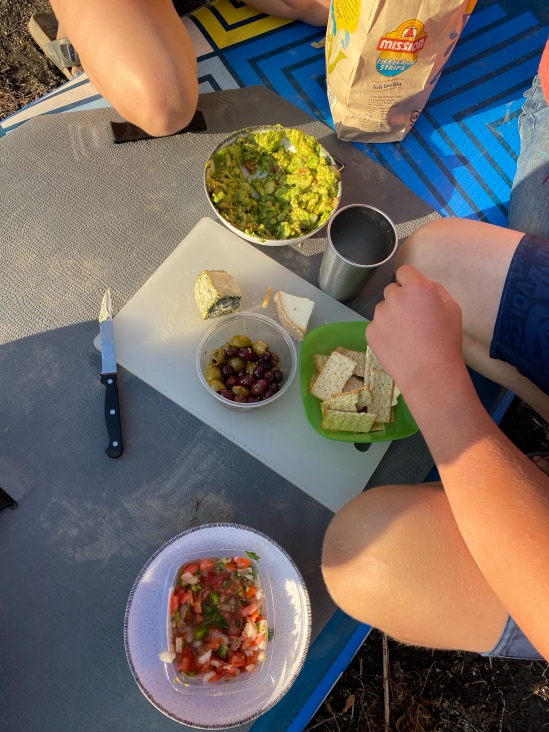 Once the sun set the temp dropped precipitously. Daryl fires up her cooker and had tacos done in minutes. 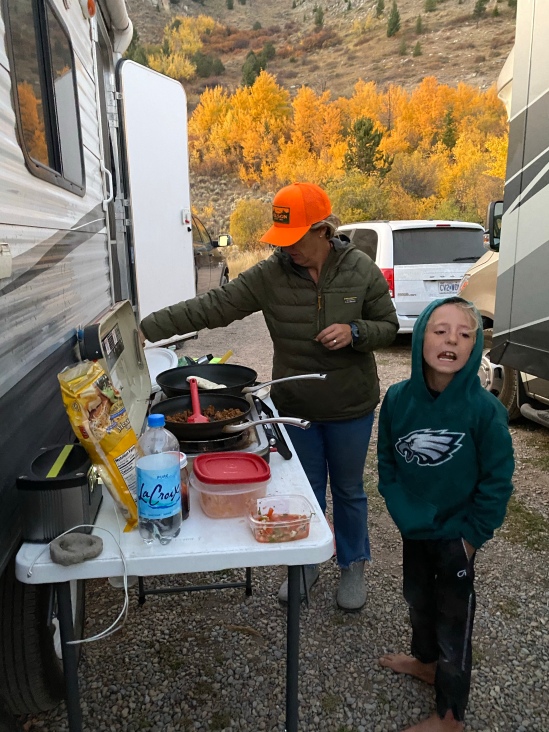 They were soon devoured and we fired up the gas fire pit (wood burning not allowed because of risk of spreading fire.) 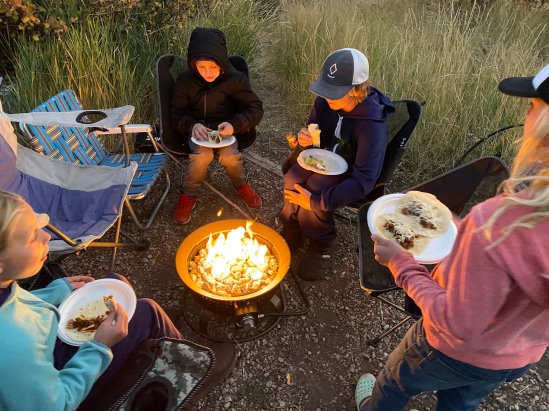 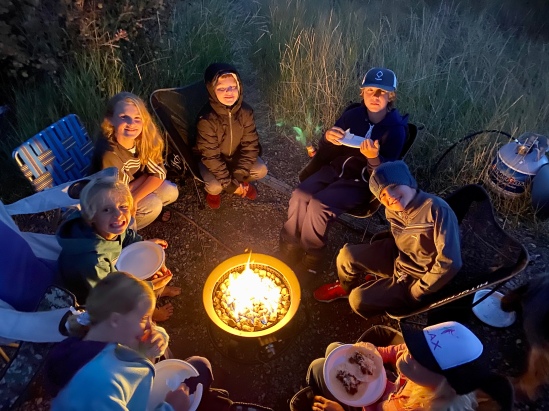 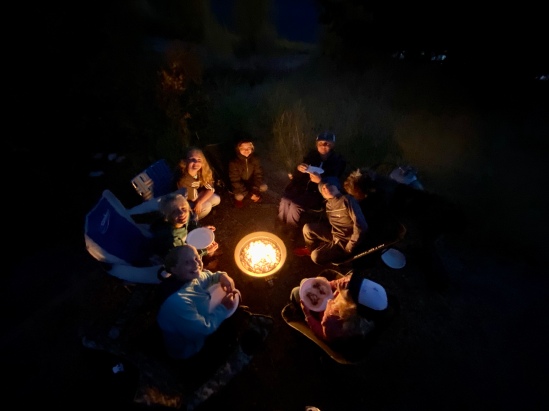 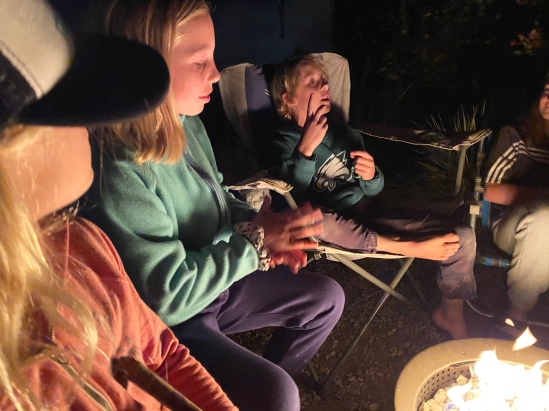 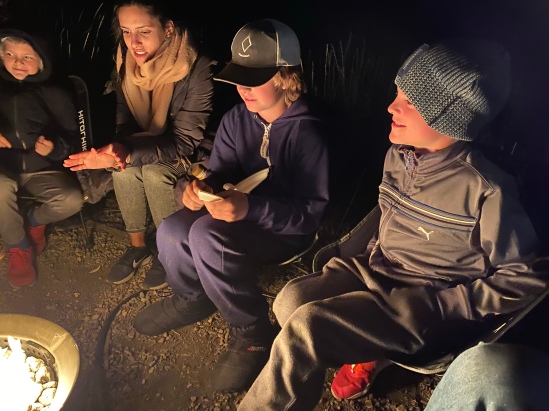 The kids started their own conversations while D and I tried to just listen in. They went around and wondered about what they would buy if they had three million dollars. Soon they realized they needed more so kicked it up to one hundred million dollars.

Then they began sharing riddles and jokes. Each one patiently listening to the other. Peightals such awesome kids. It was Finley who finely called it a night at 9:30pm and we all disappeared to bed.