After having excellent WiFi and finishing morning school at 10:30am- we went to explore Utah. The Dry Forks Petroglyphs in Vernal Utah- on private property… 200ft high sandstone cliff has petroglyphs carved into the stone dating back from 1-1200 AD. 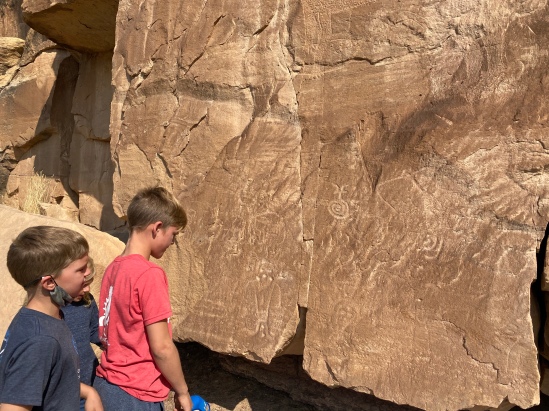 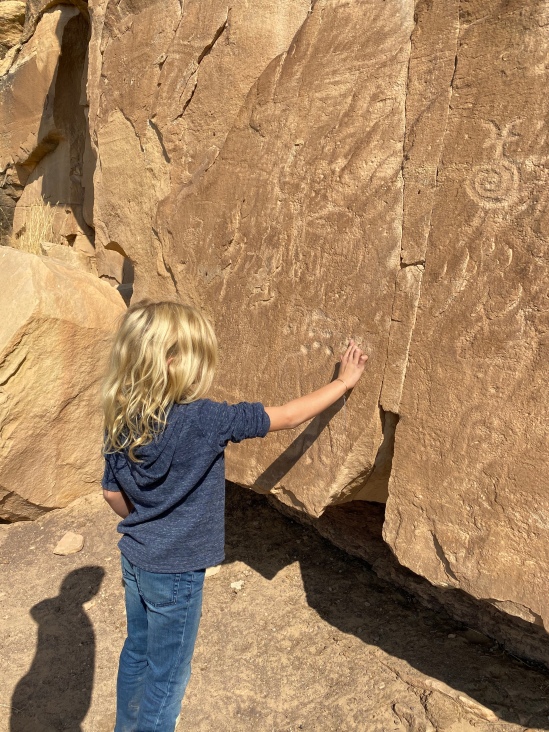 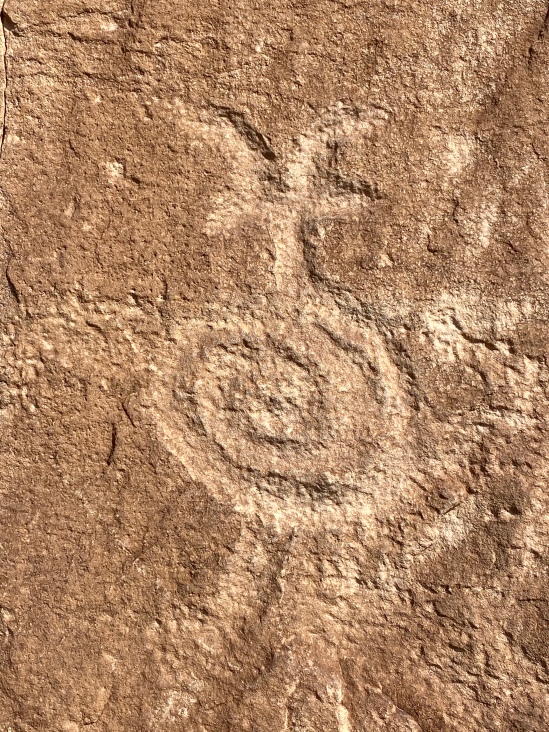 The kids were questioning the authenticity of the carvings because the cliff was accessible to anyone. In their minds, anyone could have carved them.

From there we drove to Dinosaur National Monument Quarry in Jenson Utah. This was super cool. Located between Colorado and Utah- the quarry became a reservoir for the skeletons of the dinosaurs after flooding hit the area. So many dinosaur bones all gathered there and were discovered 100 years ago. In the 1950s they built a structure enclosing the most prominent wall of bones. That’s what we were able to visit. 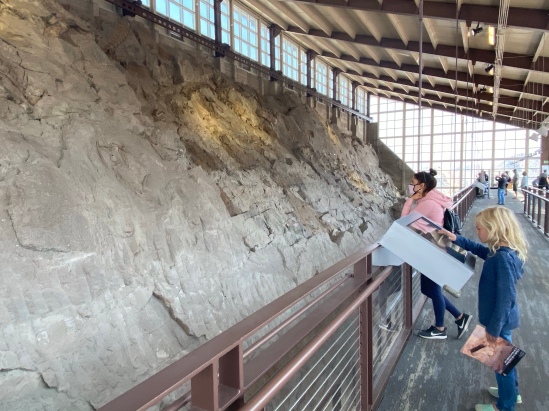 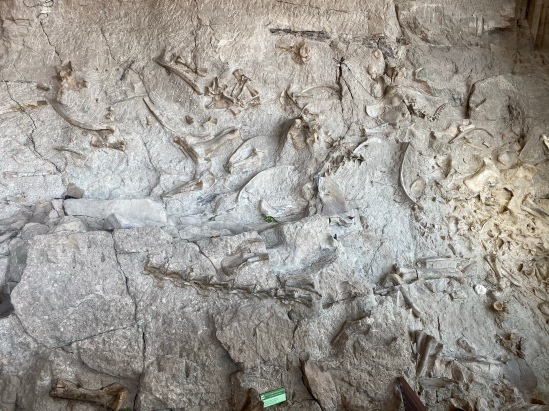 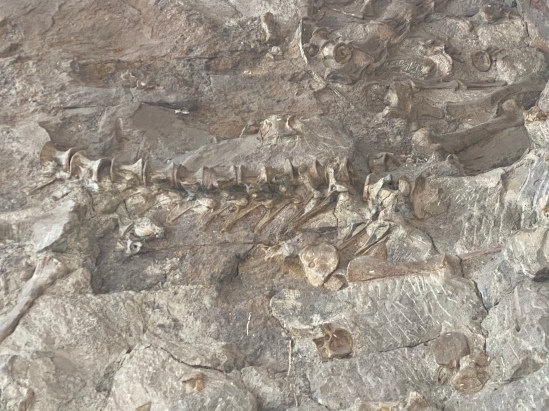 It was wild seeing all these bones all in one place. And being able to touch them was even cooler. 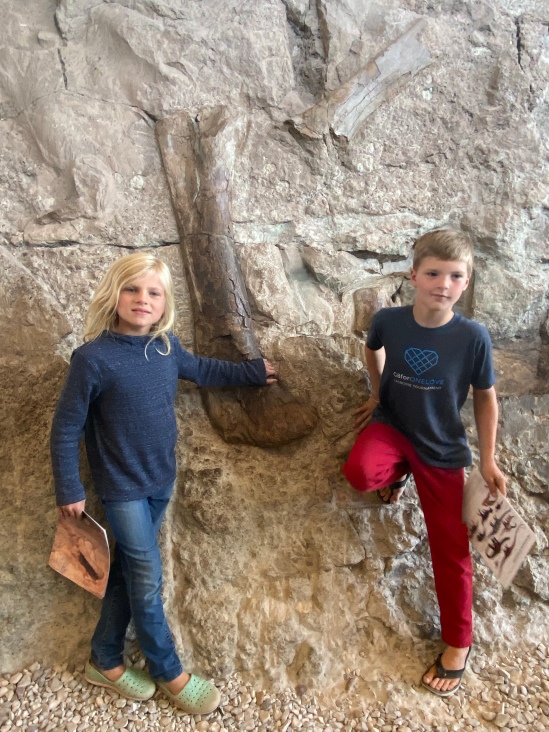 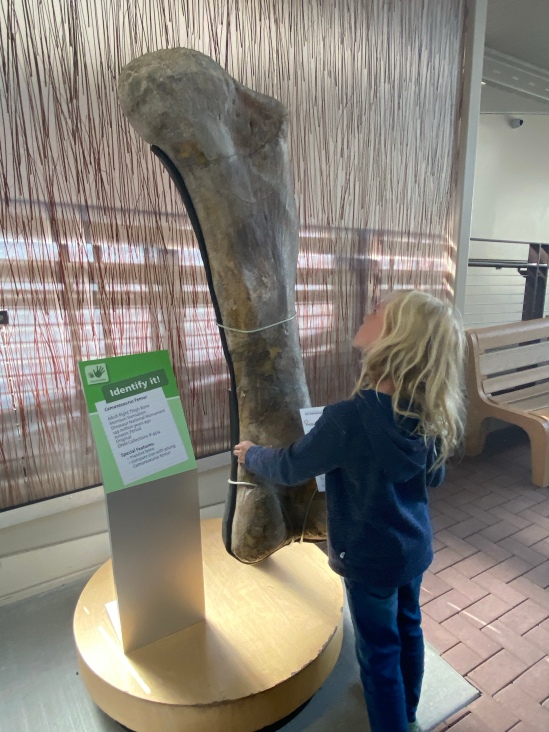 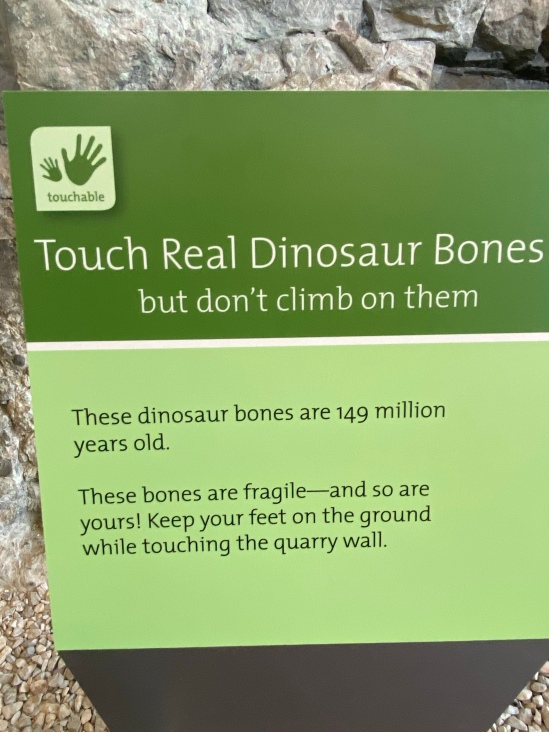 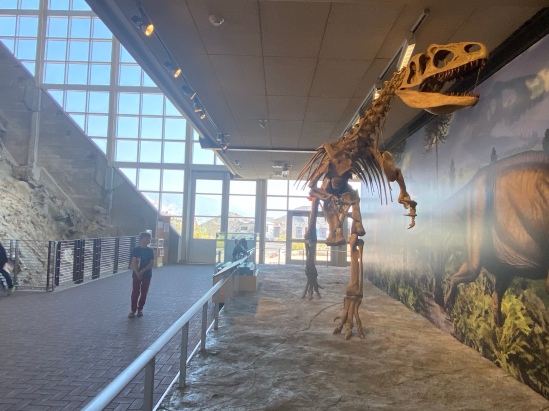 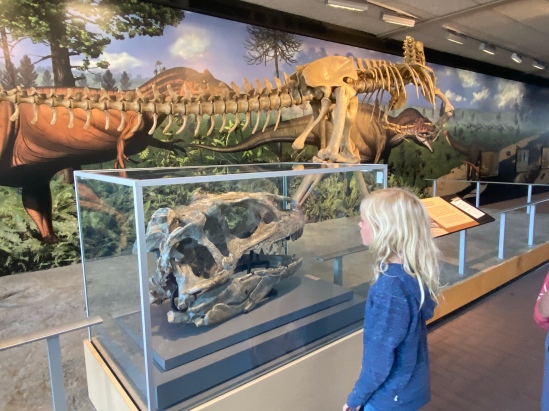 After exploring the wall of bones- we went for a hike in the 80degree direct sun heat. 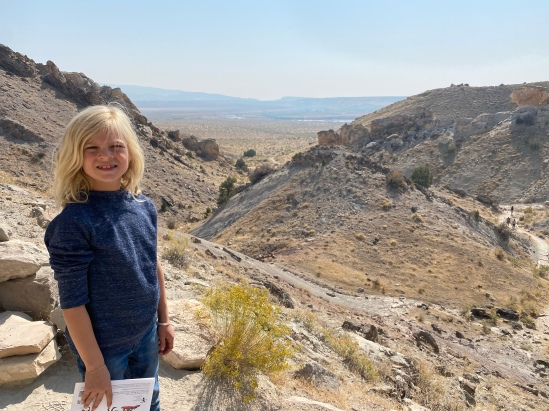 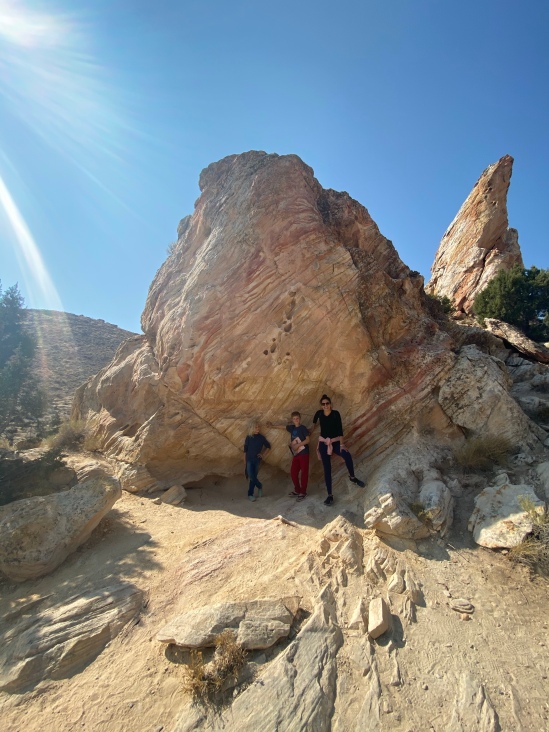 Then we hit the road for Edwards, to visit Molly.

We saw very few cars the entire time. We finished listening to The Outsiders. 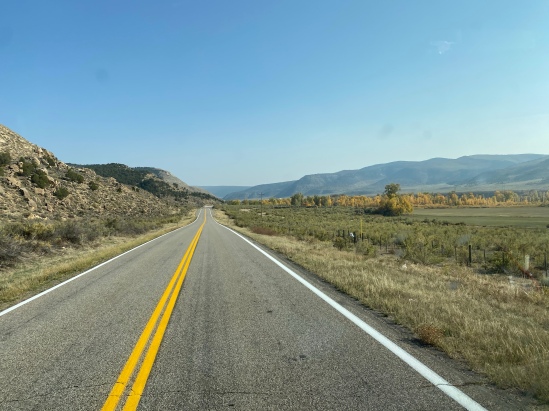 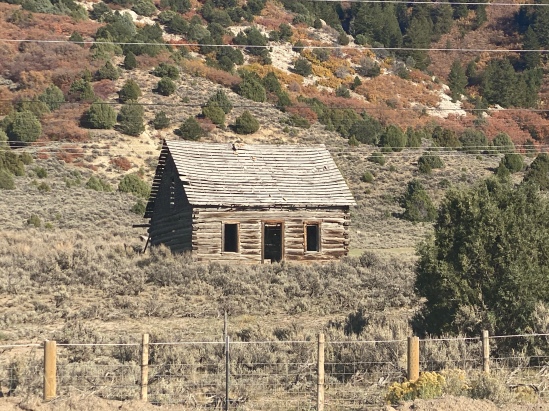 The kids cracked up because the only cars we did see- were road workers painting the lines. We got stuck behind them for 20minutes. I didn’t feel comfortable passing them because I knew I would be crossing the wet yellow lines… but eventually we did. 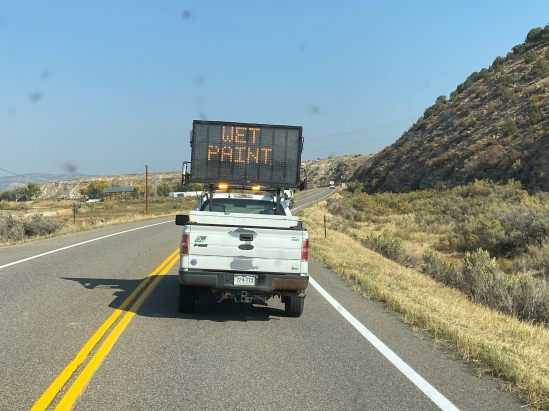 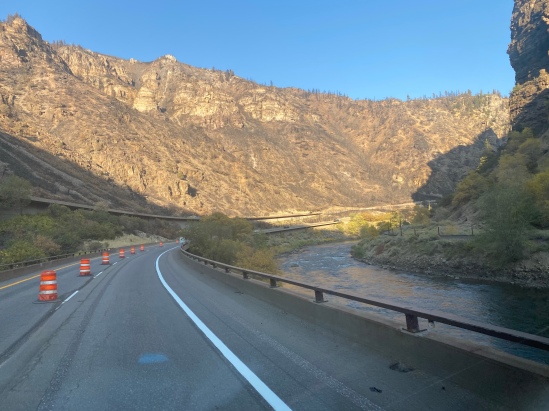 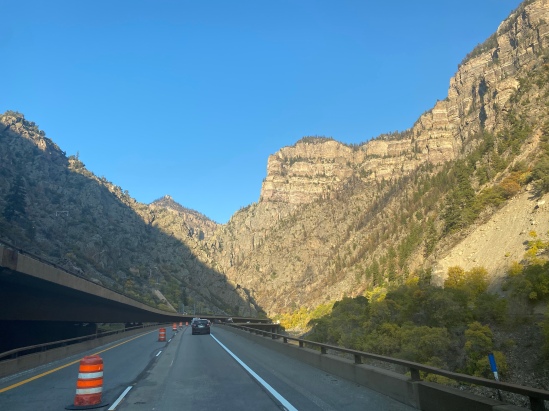 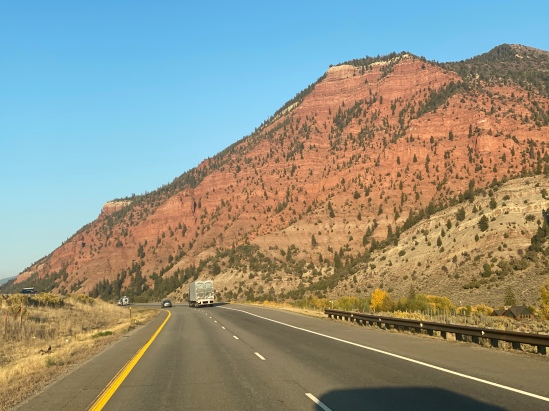 The drive was beautiful. The mountains were red!

Four and a half hours and 213 miles later, we arrived at Molly’s home. 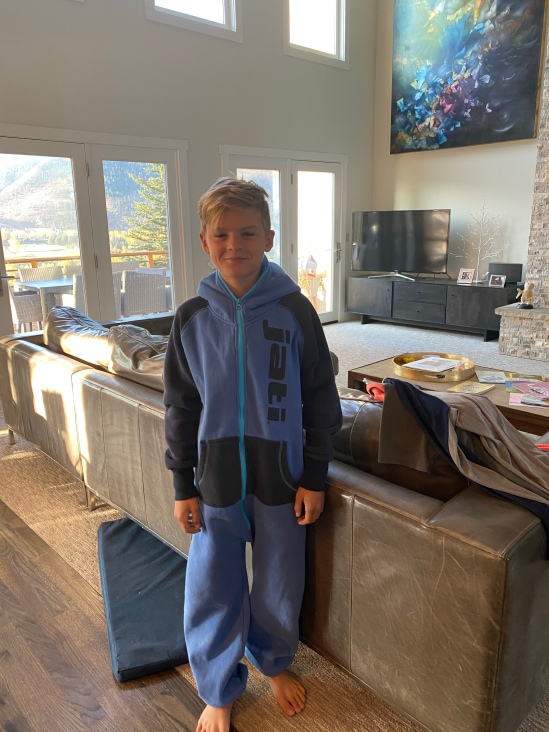 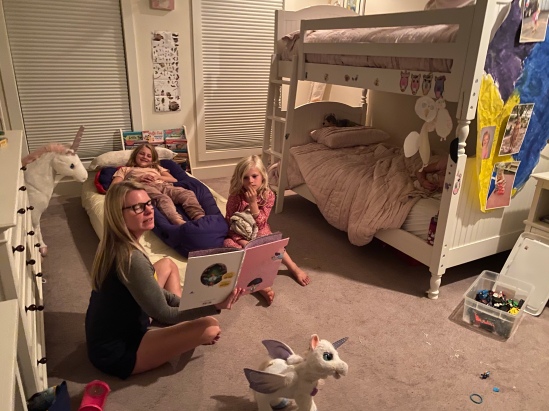 Just in time for dinner and bedtime stories. Mica won’t want to leave!!! Evie and Mica were instant buds.